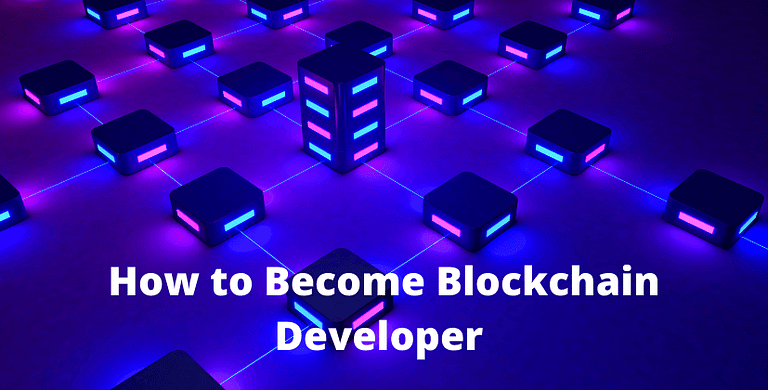 How to Become a Blockchain Developer

What is a blockchain?

A blockchain is a method by which a record of the transactions that are made using cryptocurrency is kept over a variety of computers connected in the peer-to-peer networking (The Oxford Dictionary of Languages). Blockchain technology lets cryptocurrencies to function in a decentralized manner.
Scope for blockchain developers?

In recent times, a number of large corporations, such as IBM, Accenture, Capgemini, JP Morgan Chase, and Microsoft have stated a need for skilled blockchain developers. With the rise of cryptocurrency as well as influence and credibility, there’s never been an ideal time to become an accredited blockchain developer.
Two kinds of developers:

Core blockchain developers build the framework, research, design and architecture and protocols, security that comprise blockchain technology. They oversee the entirety of the blockchain.

Blockchain software developers build DApps, also known as decentralized apps (DApps) Web applications, and smart contracts with the help of architecture for web foundations designed by the core architect/developer. They also manage backend development related to blockchain as well as the oversight of the stack that runs their DApps.

Backend development for DApps is done the use of Solidity language, which is the officially recognized language used by the Ethereum platform, which allows communication with the blockchain to exchange transactions and data.

For frontend development, you can use Python or JavaScript to interact to Ethereum. Ethereum blockchain.

How do I start?

As we have mentioned Blockchain developers require various skills to manage their blockchain networks efficiently and securely. These include:

From the beginning Blockchain developers must be proficient in the cryptographic functions of hashing, consensus as well as distributed ledger technologies. To get familiar with these techniques, a good source to begin is the whitepaper about bitcoin blockchain.

Numerous cryptographic methods are used in the development of blockchain networks including hash functions and Asynchronous cryptography (for digital signatures).

Since the introduction of Ethereum smart contracts are now a standard practice. The majority of blockchains today integrate smart contract capabilities in their systems, allowing business technology to the blockchain. To become proficient in developing smart contract technology, it is recommended to learn a network-oriented language such as Solidity, Viper, and Chaincode.

Web development is probably the most essential capability you can acquire in the field of blockchain development. If you’re beginning your career as a blockchain developer the majority of your tasks will involve the fundamental development of decentralized applications. To do this, you’ll need to be adept in front-end as well as the backend of web design. This can include but isn’t restricted to, creating interactive graphic User Interfaces (UIs) for APIs or DApps. management, and handling requests.

Websites where you can learn the solidity language, include cryptozombies.io which lets you learn by creating fun games with crypto-collectibles, Udemy.com, edureka.co, and ethereum.org. 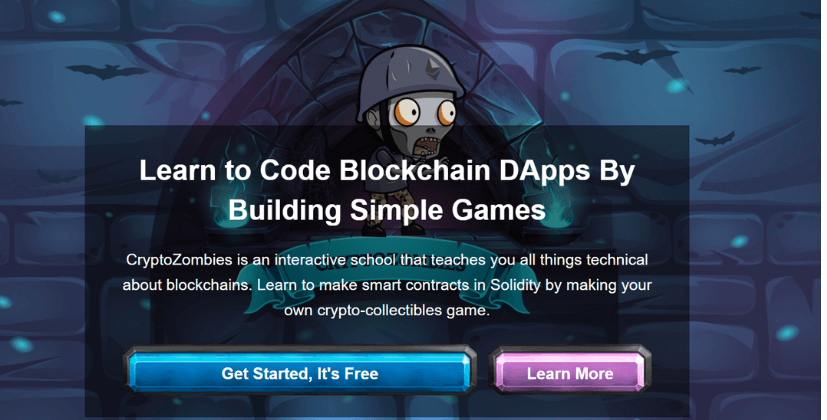