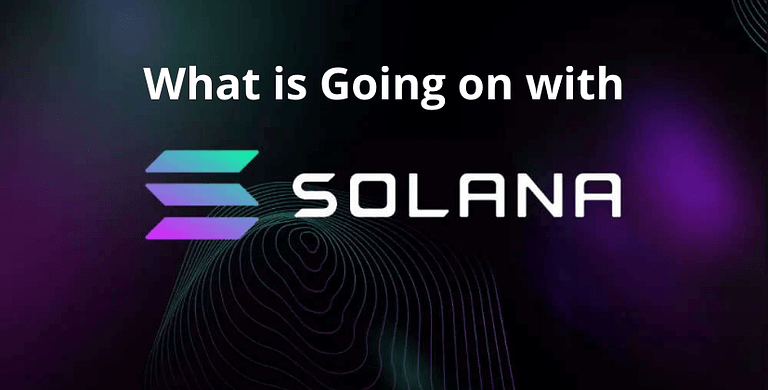 What Going on with Solana

The network congestion on the decentralized Solana ( SOL) platform was once more severe over the weekend.

The downtime, which was from Friday, January 21st, 0:00 UTC to Saturday, January 22nd, 20:00 UTC was verified. It was caused by bots flooding the network during the outage.

Solana was particularly affected by reduced network performance which led to a number of transactions failing. Solend (SLND), Solana’s largest lending protocol, admitted that Solend transactions had failed frequently while users were also negatively impacted by the liquidation.

Users were also unsuccessful in their attempts to repay and deposit money, which made it difficult for them to prevent their accounts from being closed.

Apart from that, the Pyth price feed displayed some volatility, which led to improper liquidations. For example, some users who supplied mSOL or borrowed SOL were liquidated because prices moved out of sync.

Why were accounts closed?

Many accounts were made liquidatable due to a larger market crash, which led to many lucrative arbitrage opportunities. In an effort to win liquidations or trades, a large number of transactions were submitted via liquidation and arbitration bots.

Bots were created to increase profits and keep costs low in order to flood the network, with duplicate transactions, in the hopes that one would land.

What’s next for Solana

Solana went down several hours earlier in the year, on January 4th. The blockchain also experienced an 18-hour outage in September 2021 due to a large spike in transaction traffic.
Some users feel that Solana is too risky to use due to these issues. Solana currently trades at $83.57. This is down 19.42% and 41.58% respectively over the past week. It’s still well above the November record of $258.