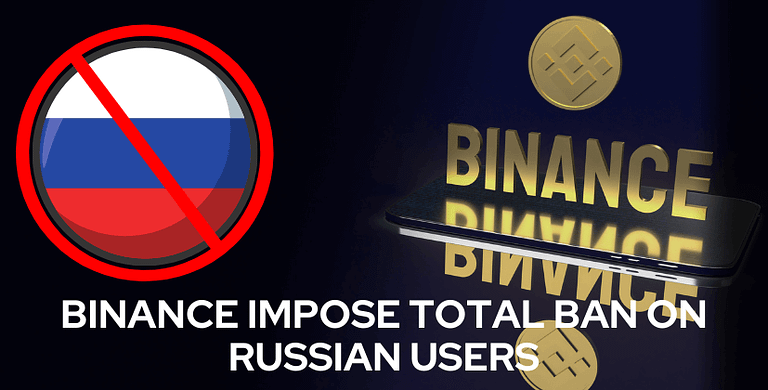 Changpeng Zhao is the CEO of Binance. He has spoken out about his crypto exchange’s policies toward Russia and stated that a total ban on Russian users would not be ethical.

Zhao stated in a Bloomberg interview that Binance adheres to sanctions that restrict the financial activities of Russian individuals.

He stated that extending these restrictions beyond those sanctioned would be unethical.

Zhao stated that he did not believe it was appropriate for us to block user accounts. Later, Zhao reiterated his sentiment by stating that it was “not our decision to unilaterally freeze certain Russian citizens’ bank accounts.”

Zhao stated that most Russian users don’t support the aggression against Ukraine. The “most vulnerable groups” of people have little influence on international affairs. He also noted that a blanket ban could drive legitimate Russian users away from smaller, more compliant trading platforms.

Zhao stated that Binance has the same rules and regulations as banks. He also said that most banks are following the same sanctions list as us right now.

Zhao stated that the entire exchange is dependent on identity verification and asked Zhao if sanctioned Russian oligarchs might trade anonymously on Binance. Binance used to have a limited KYC requirement, but the exchange has increased its requirements since August.

Zhao stated that he does not know the number of accounts Binance has frozen so far but that Binance’s compliance staff is responsible for enforcement.

Jesse Powell, the CEO of Kraken, commented on the matter. Powell stated that Kraken could not freeze users’ funds unless it is legally required to.

Coinbase made similar statements Tuesday, saying that it would not ban all Coinbase transactions involving Russian addresses at this time.

According to Coindesk reports, Ukraine also requested six other exchanges to block Russian customers. These other exchanges include Huobi and KuCoin and Gate.io, Whitebit, and Kuna.

The letters are being sent to:
• @CoinbaseExch
• @binance
• @HuobiGlobal
• @kucoincom
• @Bybit_Official
• @gate_io
• @WhiteBit
Along with Ukrainian exchange Kuna, according to a list shared with CoinDesk.https://t.co/04OdlSHzUD