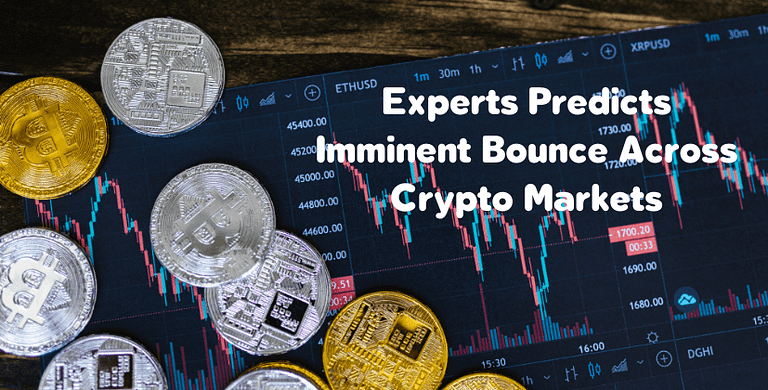 The Coin Leaks News: A closely tracked crypto trader says Bitcoin (BTC) and the rest of the crypto markets are gearing up for a bounce ahead of the latest consumer price index (CPI) update.

Pseudonymous crypto strategist Cantering Clark tells his 128,200 Twitter followers that he’s keeping a close watch on the USDT dominance (USDT.D) chart, which tracks the market share of stablecoin Tether (USDT) relative to the rest of the crypto markets.

A soaring USDT dominance suggests that market participants are selling their crypto assets to safeguard their capital in Tether. Meanwhile, a correcting USDT.D chart indicates that traders are using their Tether to purchase other digital assets.

Cantering Clark says that he believes the USDT.D chart is poised to correct now that it is hovering close to all-time highs (ATH).

I think we bounce soon.

Slowly buying more spot in this region, not just a short term trade, and not afraid to buy lower. I think these buys will be rewarded outside of just a weekly timeframe.

The chart you are looking at – Stables dominance at an ATH. Give spike down. pic.twitter.com/pCzTjUTllO

“I think we bounce soon. Slowly buying more spot in this region, not just a short term trade, and not afraid to buy lower. I think these buys will be rewarded outside of just a weekly timeframe.

According to the crypto trader, the incoming CPI update, which is scheduled for release on May 11th could serve as a catalyst for a relief rally.

“If CPI comes in slightly lower next week, the market is going to offer at least a short-term response, even though it won’t mean anything for inflation.”

Looking at Bitcoin, the crypto trader says that while a move below $20,000 is within the realm of possibility, he believes the chances of a sharp correction are slim.

“Is it possible for BTC to go sub $20,000 and beyond just some wick? Yes absolutely. Do I think it is likely? Absolutely not lol… Not going to jump on the $24,000 bandwagon. I think buys in the low $30,000 will be rewarding before anything like that.”

Cantering Clark also highlights that Bitcoin is now trading at the support area of a multi-month range.

Hold on to your butts, we are spending a good amount of time hanging out in an area that should be pretty unwelcoming if bulls are going to have a shot.

Not so sure we see the gap filled like previously, the fuel doesn't look to be there on derivatives. pic.twitter.com/DUpe0oUl24

“We were in range for four months. Here comes a trend to the lower portion of the larger range. Good to keep things simple. Looking for a trap but don’t see one yet.”