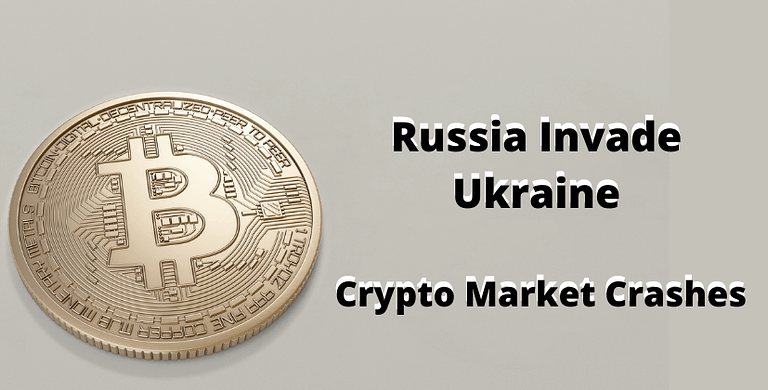 Today, prices for cryptocurrency dropped after Russian President Putin decided to conduct military operations in the eastern part of Ukraine and eastern Ukraine, with Bitcoin dropping to a month-long low.

The world’s most popular cryptocurrency plummeted around 10 percent to $34,618. The market value of cryptocurrency worldwide currently stands at $1.66 Trillion, down 7.9 percent over the last 24 hours.

Russian President Vladimir Putin’s declaration that he would be launching an offensive by the military in Ukraine has sent markets worldwide into a deep red. Putin on Thursday, announced a military operation to Ukraine in addition to warning other nations against any attempts to interfere with the Russian operation that could lead to “consequences they have never seen.”

Ether, the currency that is connected to the Ethereum blockchain and the second-largest cryptocurrency in regards to market value was also down 10 percent to $2,373.

In the meantime, Dogecoin prices were trading around 12 percent lower at $0.11 and Shiba Inu dropped around 10 percent to $0.000022. Other coins’ performance dropped as well. Solana, XRP, Terra, Avalanche, Stellar, Cardano, Polygon, Polkadot prices were trading at reductions in the range of 8 to 15%.

The fluctuations in Bitcoin’s price over the past weeks of increasing geopolitical tensions have served to discredit the claim that cryptocurrencies are a security measure during times of uncertainty. Gold, the traditional safe haven has meanwhile risen to its highest since the beginning of 2021 last Thursday.

Bitcoin dropped below the $40,000 mark during the weekend and was declining in the midst of the Ukraine crisis intensified, weakening the claim that cryptocurrency is an investment during times of geopolitical instability.