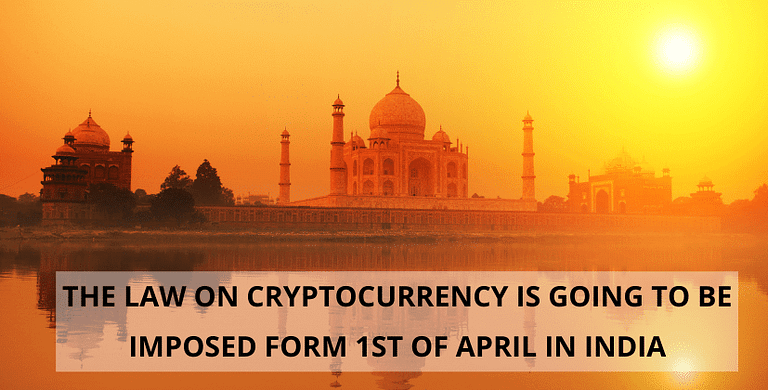 Indian tax policies on crypto have been the talk of the town among crypto investors and exchange companies during the past few days. Within a week, Indians will start paying the tax at 30% on profits made from cryptocurrency after the country’s parliament approved the bill on Friday.

The traders of India are required to pay a staggering taxes of 30% on gains from cryptocurrency like bitcoin and ethereum. However, they will they will not be able to demonstrate losses caused by security breaches or market declines to offset the tax on profit. In addition, India will also impose the tax deduction of 1% at the source of each transaction. Wait is that what?

The law was passed in spite of the majority of people who belong to the cryptocurrency community voice their displeasure towards the tax laws for crypto when they were first suggested by the Finance Minister, Nirmala Sitharaman the early days of February.

Despite being home to the estimated number in the range of 1.4 billion people, India does not have an effective legal system for crypto assets, since the country’s Supreme Court’s famously ruled in March 2020 to lift a ban imposed by the Reserve Bank of India on dealings with crypto companies.

The majority of experts agree that tax laws is likely to increase the difficulty in India and make it difficult for regular investors as well as cryptocurrency exchanges to carry out their business in the country.

Some members of parliament who were against the plan during the Thursday debate argued that taxes on the income from crypto transactions are dead-end for the industry that is just beginning to emerge. In response, Sitharaman said the government has made clear that consultations are taking place on how to regulate its own cryptocurrency market locally or simply put in place the ban in a blanket manner.

Despite the most recent tax law that poses a serious danger to the infrastructure that was created by cryptocurrency unicorns, she believes that the government will not stop taxing cryptocurrency as long as investors profit from the industry.

It is not surprising to see well-known entrepreneurs and crypto firms leaving India to establish their businesses in crypto-friendly countries in which there aren’t any sweeping tax laws.