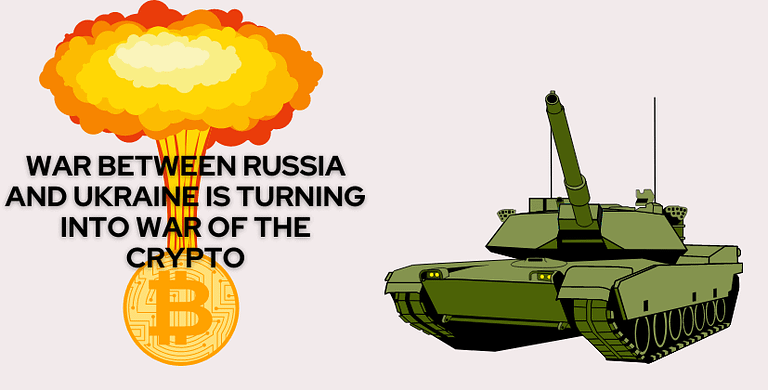 The world didn’t know what Putin meant when he set out to invade Ukraine. While threats were exchanged, Russia was fighting to legislate on a variable that was not considered in the war effort.

The Ukraine continues to receive crypto donations since the start of the war. Russians have been forced to use crypto currency due to sanctions. The spotlight has been on Bitcoin and Ethereum. Since the company opened up Bitcoin and Ethereum wallets, and posted the addresses on Twitter last Wednesday, more than $50,000,000 worth of cryptocurrency has been donated.

Many questions have raged on, including: Should Russians still be able to access crypto to bypass sanctions? Russians should be banned from crypto exchanges If Russians can abruptly be cut off from the blockchain, is Crypto really decentralized?

The War Has Shined Light on Crypto Principles

The Russian cryptocurrency market has seen a dramatic increase in trading since the start of the war. This is partly due to tight capital controls by the Ukrainian central bank and SWIFT sanctions. These include restrictions on ATM withdrawals and restrictions on official electronic transactions networks.

Two economies that were at the forefront of developing the new digital currency are now using it to gain an advantage in the geopolitical war. This is the first major conflict in the crypto era. Both sides now have access to a system that allows them to move billions of dollars across international borders.

European officials and the Biden administration claim that they have increased blockchain surveillance to catch any Kremlin-related activity. Ukrainian officials requested that all Russian accounts on cryptocurrency trading platforms be blocked. The blacklist was agreed upon by crypto exchanges. They refused to ban all Russian accounts because it would compromise the libertarian culture of the cryptocurrency community. However, this doesn’t mean the Kremlin won’t have its way.

On March 1, the US Treasury Department announced that Russia sanctions will also include digital currency checks. The White House also directed large crypto exchanges to refrain from doing business with sanctioned firms.

The government has issued an executive order stating that it will take legal action against anyone who violates Russia’s sanctions.

Many politicians and influential people in the Russian-Ukrainian conflict have tried to spread a negative narrative about crypto. However, several of their reasons were proven false.

Crypto is The True Money

One of the main goals of cryptocurrency is financial freedom. Crypto is an impartial instrument that does not bind banks or governments, and it can be used as a weapon against oppression, dictatorship, and other forms of oppression.

Are you really able to take your money away by governments and regimes? Many people believe that bitcoin is the true currency.

The fundamental idea behind cryptocurrency is that it is money but it can be controlled. Bitcoin was the first cryptocurrency. It was created by honest libertarians who valued privacy and wanted their money to be kept out of the government’s hands.

It is true that cryptocurrency has been used in the past for international sanctions to be circumvented. North Korea used ransomware to obtain large amounts of bitcoin. The regime converted the unknown amount of money into currency, most likely in the tens or millions of dollars.

“Because there is no central controller who can impose their morals on its user, crypto can be used to crowdfund for the Ukrainian army or help Russia evade sanctions.”

He said, “No one can stop it being used in any way.”

Binance, the largest cryptocurrency exchange in the world, spoke out to CNBC, saying that crypto is “meant for greater financial freedom for people around the globe” and that a blanket ban would be “fly in face of the reason crypto exists”.

Jesse Powell, Kraken’s CEO, stated in a tweet that the company could not freeze accounts of Russian clients without a legal obligation to do so.

Many have criticised crypto exchanges for continuing crypto transactions for Russians because of this libertarian principle. In a recent interview, Hilary Clinton stated that she was disappointed by “so-called” crypto exchanges.

“I hope someone at the Treasury Department is trying out to control the leaky valves on the crypto market that could allow Russia to escape all the sanctions.”

She snorted, “Some philosophy or libertarianism or something”

Perhaps this is an indication that crypto’s inability to be controlled is a problem for world order. The unbiased nature and financial freedom of crypto pose a problem for order. A world where everyone can decide who gets the blanket ban is not a good idea. This creates a utilitarian society in which the value or ownership of your money does not depend on the actions of your nation government.

How impactful is crypto?

It remains to be seen if it will have any impact on the conflict. Bitcoin donations of just a few hundred thousand dollars are symbolic. However, they may not be significant to an army in Ukraine that received $650 million in weapons from the US last fiscal year. It is also significantly outmanned.

The high transaction fees associated with cryptocurrency are reducing the amount of what Ukraine gets. The cost of a Bitcoin transaction tripled in the past week. Although users often complain about how expensive they are, gas fees for Ethereum transactions, which involve trading a variety coins, have been less consistent.